Why use an online session guitarist?

As an online session guitarist, my job is to provide you with a quality recording of guitar[s] playing on your song.  Maybe you can’t play guitar or you can’t play well enough to do justice to the way your song sounds in your head. Maybe it’s a question of style – each musician draws on the material they’ve performed over the years and you will want to pick someone whose style fits what you need. Either way, you can choose someone whose ideas and suggestions will, (hopefully), enhance your song and who offers a wide range of tones to suit your needs.

Also, it’s almost always quick and easy to “get someone in” – online session musicians have got the gear and are ready to go, so I should save you time and effort.

My guitars have been with me for a long time and the Strat and Tele are both well gigged veteran instruments. Then again, the Washburn 12 string has played many a folk mass. 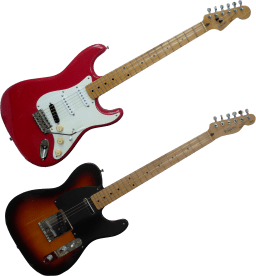 My Stratocaster is a Japanese Squier Strat, fitted with the Texas Special Pickups that Fender developed for Stevie Ray Vaughan in the neck and middle positions and a Seymour Duncan stacked humbucker in the bridge position, for those SuperStrat moments. Through some nifty switching built into the pots, I can coil-tap the humbucker for the classic out-of-phase Strat sound or even have all three pickups selected at once, for a very full tone.

The Telecaster is also a Squier, customised with Fender Texas Special pickups to give it an enhanced, bluesy tone.

The Line 6 Variax 700 is a true sonic chameleon and offers a wide range of acoustic and electric tones, recreating:

One of the features of the Variax is its ability to offer different tunings and I can offer Nashville tuning for the acoustic and some resonator guitars, for a different, brighter tone. 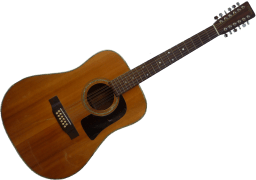 The Washburn D25-12 is nicely played in, being 35 years old this year. It has a lovely full bodied tone, which transforms into a nice bright sparkle without being shrill when EQ’d.

For amplification, I’ve found that in-the-box solutions enable a wide range of tones to be obtained that are just as good as my Marshall amp. Depending on what you need from me, I will get the best result possible using Native Instruments Guitar Rig 5, Line6 PodFarm, Cubase’s own VST AmpRack or Toontrack EzMix2, (including their Amp pack), to ensure that I can match the right guitar tone with the right amp sound for your song.

Via Dropbox or any similar service you use, you send me a .wav or .mp3 file of your song, with details of tempo mapping and a chord sheet if one is available. It may seem obvious, but you also need to tell me what you’re looking for from me, in terms of playing style, instrument choice and any effects. This can be as simple or complex a set of directions as you want. Each voicing constitutes a separate part and will be charged for – think of the number of musicians who would be needed to play what you want live. You also need to specify the format you want the parts to be recorded at – for example, 24bit stereo .wav at 44.1 or 48KHz.

Once you have paid the invoice, I will send to you each part recorded in the format you specified, ready to import into your DAW. This will be the part processed through amp and effects settings, but I will also send you a mono DI signal for reamping as you see fit.

Please note: This site trades in pounds sterling. Currency values shown in US dollars and Euros - For informational purposes only. Exchange rates may vary. Based on ECB reference rates.  Actual price for my services in your currency will be confirmed before we agree to work together.

All product names are trademarks of their respective owners, which are in no way associated or affiliated with Line 6 or FinishYourSong.com. These manufacturers’ trademarks are used solely to identify the tones and sounds whose likeness is sought to be recreated by the Line6 Variax.

Send me an e-mail – ask me a question