Media Bay is one of those features that some people will never use, some will use occasionally and some will come to rely on.  It’s an integrated librarian for all of your loops, samples and presets and comes with enough amount of content to get you going.  But, sometimes, enough isn’t enough and you will want to add in content of your own or that you’ve purchased.  This video looks at how to add some loops into Media Bay’s library and how to tag them so that you can find them again in the future.

A little Scandanavian indie rock for you with this one, by Swedish band Scarlet Blue.  It’s take from their new EP, “Burgundy”, available now.

“If it ain’t broke, don’t fix it” is an axiom that seems to have fallen out of fashion with computer users, as we rush headlong to install all the latest upgrades and fixes.  Indeed, this site uses WordPress, the latest iteration of which has the ability to self-update, rather than requiring user intervention.  Which is all to the good, giving us ever more robust systems and increased functionality.

Until it goes wrong and something stops working.

Then, the cry goes up “it was working before”!  You can also end up with bits missing when the upgrade process isn’t as seamless as you’d like.  I found this problem when installing Cubase 7 on a new computer, with the presets for the MIDI inserts and the logical editor suddenly going AWOL.  This video shows how I restored them. 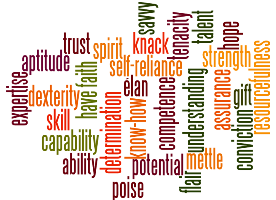 So some of these songs that I’m recording are familiar friends that I’ve played regularly over the years, some are not.  The main reason for this is that I haven’t had my keyboards set up on a regular basis in recent times, so those that were written on piano have been neglected.  As a consequence, my playing technique is a little rusty and I’ve found it difficult to get a fluent and confident performance of the basic track recorded. END_OF_DOCUMENT_TOKEN_TO_BE_REPLACED

When you start a song with a solo instrument, the choice of where to place it in the stereo image is not easy.  Leave it in the middle and it will get in the way of the vocal-snare-kick-bass when they come in, so then you have to EQ it so that it occupies what [little] space they leave, or have it move off to one side.  Or, you can start it panned left or right to a greater or lesser extent, but then, in those first attention-seeking moments of the intro, it can just sound like one speaker has stopped working.  You can add width by using various plugins like stereo chorus, but how about adding width by adding depth?  This video looks at panning the reverb send of a mono guitar track to push the balance of the processed guitar to the opposite side of the stereo image to provide a wide, but natural sounding, intro to the song in question.